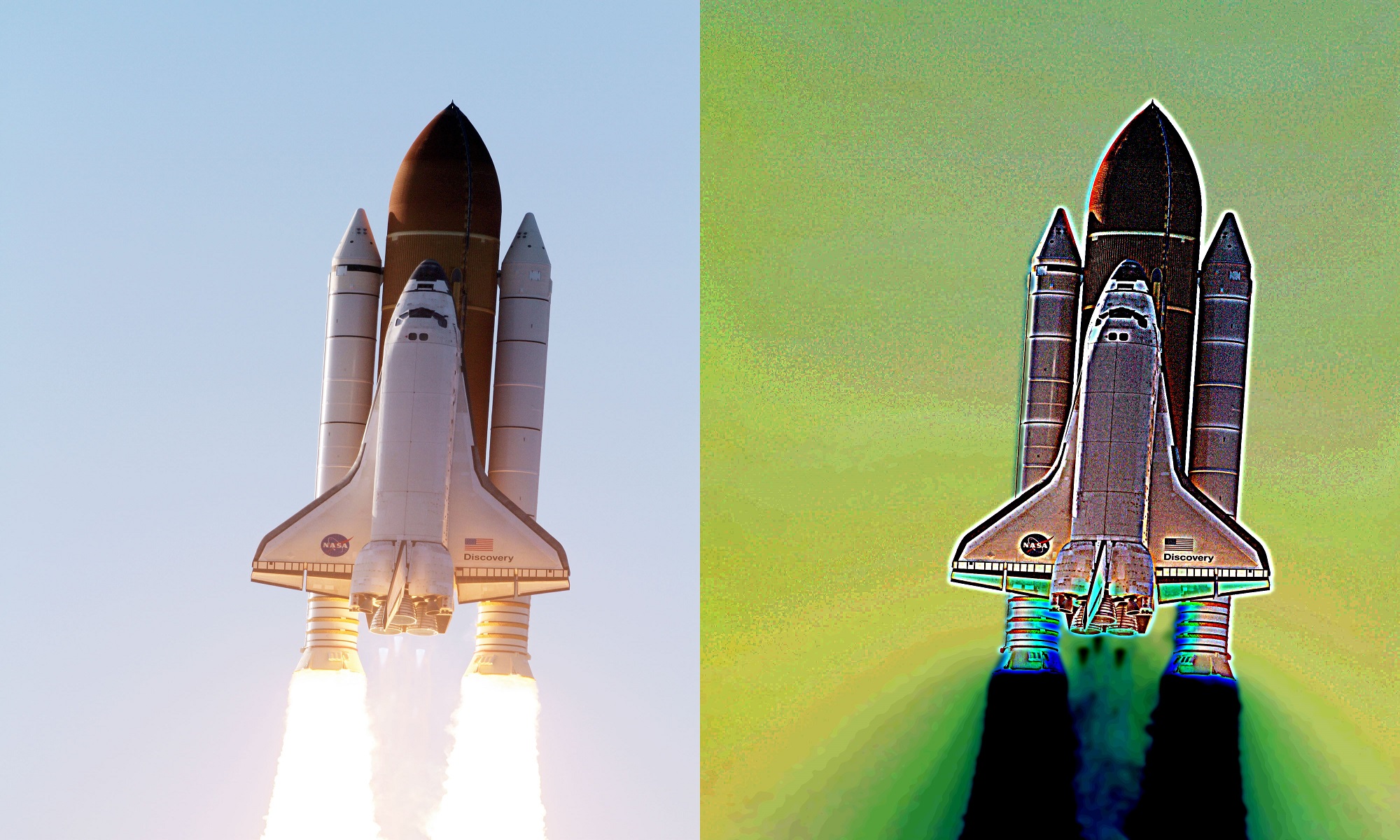 Below is an example of what will be revealed such as on Mars (the original NASA image is shown in the top-left corner compared with what SpaceVee’s ERV reveals) – you decide what you see. Keep in mind that scientists have concluded now that Mars is a giant snowball covered with a thin layer of dusty/dirty-ice. So what if that layer can be breached? What might we find?

SpaceVee has partnered with SOAR.earth, a leading innovator of global mapping with images sourced from satellites as well as drones belonging to ordinary citizens. The video below is a demonstration of how satellite images can be captured, enhanced by Vision and overlaid perfectly with maps.